Right from a young age have always been fascinated about mathematics. My love for mathematics stemmed from a very unlikely source. I remember back in class five my mathematics teacher (Mrs Mwangi) would give us a quiz on a weekly basis. This was the most revered maths quiz we ever did (my classmates would attest to this) as one received an equal number of strokes as the question you had failed. Owe unto you if you had more X's than ticks on the quiz. Ooooooh my! That left hand seemed to be powered by a 240V current as the last person out of a class of 40 would still feel the effect of the stroke as the first person.

Why did I recall this after more than 15 years or so? Yes, you guessed it.......clap for yourself. One reason out of the very many is most people detest mathematics like their worst enemy come your neighbor. Though you know you will need them someday or see your neighbor often you still dread seeing them or you cringe every time you hear their name. But off course the major reason is that word "Formula" on the title. A formula simply means numbers or symbols that show you how to work something out (benefit of Google). For those afraid of numbers you can call it "Recipe" or for those medically sound "Prescription". Now I guess we understand each other. Funny how everything seems to have a formula.

Moving swiftly to high school my encounter with "My favorite Subject" proved to be unparalleled. The first paper which I did in form one first term I scored 98% which happened to be my highest grade ever again for the rest of my high school career. From then onwards it was a downhill affair that almost left me for the shambles before my time was served only to realize I had banged an A (I still believe it was A+). Though this was a great score I will admit my relationship with Mathematics (the M is capital to show my respect) was never easy especially the second and third year of our relationship. Was it not for my teacher (Mr Olongo) I would have divorced it and married its cousin physics or step sister accounting. I was rescued from committing mathematical suicide by lots of counseling and guidance (during class-time) and perseverance (working out sums during prep-time) and each time I solved a problem I would either get some praise (a big red tick on my maths book) or a big confidence boost and attention from my classmates to help them solve their mathematical problems.
To cut the long story short I solved not only the easiest of sums but the hardest (sort of derive, trigonometry, calculus like sums) that no one dared to solve leave alone to attempt. This is where I got my first lessons in life-Always ENGAGE your mind to think of solutions to the problems you're facing. Through tackling those complex sums I was able to expand my thinking and develop problem solving skills that up to this day are unrivaled. It was the DESTINATION (to get to university) that really made me consistently look for solutions despite many failures. Every time I solved a difficult sum I was not only happy but also INSPIRED/IGNITED me to tackle even more questions. This became an obsession and by the time I was in fourth year I had finished solving all questions in the K.I.E Mathematics textbook (most difficult sums). My love for mathematics opened up OPPORTUNITIES for me to teach my fellow classmates and others, also a leadership position in Mathematics club and others such as participating in mathematics competitions and symposium. Up to this day many more opportunities have come my way (a story for another day). I wasn't born a mathematician nor I have a relative who's a professor of mathematics but it was my TENACITY that really made me overcome this much "dreaded" subject. Now you see this is where I derived this crazy formula from.

I wouldn't be lying to you by telling you that I know the formula for winning or success. That’s why I am convinced that by ENGAGING your mind to visualize your DESTINY will INSPIRE/IGNITE you and direct you to OPPORTUNITIES that will bring you closer to success, but you must remember you need to be TENACIOUS to make it in this live. Today's living is not as easy as it used to be in our ancestors time. "Life is hard" they say but I will say "Life is a game", one that has to be played with a formula in mind.

Many will detest, curse and some even hang themselves to run away from life issues but what they don't know is that with a little EDIOT life is bearable and the most interesting game, race or story you will ever be directly involved. Many detested, cursed and even dropped out of schools or university because of "Mathematics" either physically or mentally, yet it still haunts you right to your bed, or bank account, or even grave. My question is when will this "Madness" stop? Surely you need to stop reading from the same script in order to make it in life. Let’s try this, you were born a winner, yes you managed to beat over a Million sperms to make it to this world (this cliche couldn't  escape mention). Why then do you want to give up when you already worn the most important race in the "Human Race". You need to know even before life started, competition had started, yes life is about competition. So you must be prepared to compete with over 7 billion people leave alone the creatures that live on this earth. If you want to win you must be prepared to fight competition like someone who is dying and hardly can breathe. Ironically when someone is dying the air we breathe freely turns out to be a luxury, something worth fighting for even to death. Do you have the right mentality to win? Do you have a formula? How prepared are you for the competition? 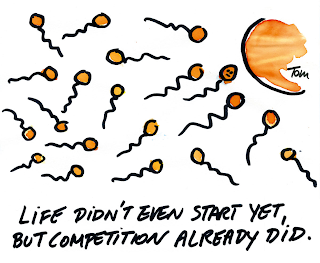 Fast forward here you are you have made it this far though you don’t have a lot to write home about. As they say “Nobody can go back and start a new beginning, but anyone can start today and make a new ending” Are you prepared to start now? Do you want to bring changes in your life for the better? Then don’t be insane, for insanity is defined as “doing the same things over and over again expecting different result”. You have to try and do things differently. But this time with a formula, remember everything in life has a formula right from the beginning of life. It took more than a million sperms to fertilize an Ovum so be prepared to try a million times without losing your tenacity. Are you prepared the kind of person who believe in preparing your self to succeed "The means justifies the end" or just sitting waiting for a miracle of success "The end justifies the means"? I have done my part the rest id for you to decide. Use the symbols below to derive your formula to succeed. 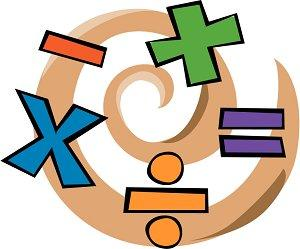 Thank you for taking time to read, I will appreciate if you leave a comment. Let’s engage to inspire before we expire.