Is It Done or Mr MeH, stands a Chance?

I remember it was this one morning, walked from the house (long stretch to the stage) oozing with life. Ready to go, ready to face the day, the sun was shining. Bright rays nothing to hide. Far from sight, distant of thought. I never wanted to digress, but stick to a pointless blame of thoughtfulness for a critical mind. Engage or disengage, impress or digress. At some point thought I’d whistle, maybe hum to the birds’ tunes. The crickets’ are slumber.  Felt like a demigod high above my normal temperament. A day full of promises, pregnant with grace if not favour.  I can’t ask for more, for I know we are all the same in God’s own eyes. Truth be told, lest you were born not of a woman but of a lethargy baboon.

Now, allow me back to my walk. As I approached the stage, a quick note to the brain. Don’t be quick to hustle. Check the metro muscle before you run for the kill. As in, previous day, a tout, well known to me, or not even known at all. One half of a pair of a Siamese twin. One I’d call a day robber who duped me a 20 shilling coin. If my memory serves me right, two days ago I remembered as I boarded the metro my fare was 80 shillings but on alighting, it had sky-rocketed to 100 shilling…… a 25% increase in that 30 minutes ride. Hell NO, should I have blamed this on the economy as in Serikali (Government). I wonder what had changed. Not even a mellow dramatic moment befitted the naval navigation of hatred in my head. I say never to burst out of a nervous breakdown. But I quenched my thirst with my own saliva. I am too furious but this time well-handled from within. Once bitten twice clever. But anyway I got on with my stupid thoughts.

From a distant a face, very familiar approached. Well, very eager to digress from my horizon like a flash of lightning, without much of an apology to make. Behind the metro it disappeared but indeed reappeared from the rear of the metro. Isn't that Mr. MeH, a thought to self? Is he going my direction? Do I say hi? For a minute I was gazed to the direction without a quick discern as to what was happening. Good lord, I thought. My mind with disgust or is it pain from deep within. 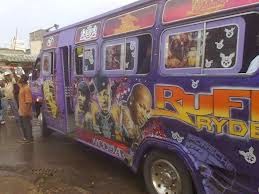 Mr. MeH, has kept locks nice colour and well kempt, though he wore a cap, which only left the posterior of the browned chocolate locks hanging.  To my amusement, Mr. MeH wasn't a passenger like me but rather a crew. Really, his adrenaline was lighting up,put into good use, is it? Bang Bang Bang, beba beba beba……. I heard the shrieking voice shout out to the passengers standing by. Oooooooh No, I couldn't help but feel disappointed. A huge bump of saliva swirled high like a tornado flashed down my already drying trachea. I couldn't believe what my eyes were seeing neither what my ears heard. What Mr. MeH is a tout?

Why is he a tout?  What happened? Did he finish university? Quick thought flourished through my oxygen starving brain. 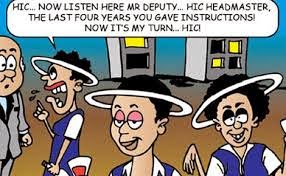 Many will wonder why I was so bitter concerning Mr. MeH. Not because I Loathe touts but honestly, not him. It kills me to say this but I have to say it.

Back in high school during my time, Mr. MeH was a hero, man this guy was a champion. Not only for me but also for my peers as well. Mr. MeH had joined form one with the highest marks garnering an average of 90% in his overall grade. That translates to 450/500 or 630/700 if I could remember well. This ensured he was the best student to have joined my High school. Yes, am that old I know……. This was quite impressive, though never conclusive. Did I just see a Ghost?

I was very disappointed. Honestly, what happened between high school and now? Did he lose focus? Is our education system rotten? I mean he should be a pilot? Doctor? Engineer? Or whatever he chose to do for all I could care. But above all that, why is he a tout? I have not conclusively come up with an answer to this. I have always maintained am not and will never be judgemental. I don’t want to appear like if Judging Mr. MeH. But for heaven’s sake what really happened? I would like to hear what he’d have to say, more of hear his side of the story. Before I could make my own conclusions I’d love to walk in his pair of shoes for a mile if not five miles. 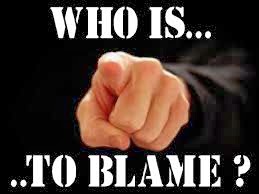 Obviously, I can’t blame our education system. I refuse to be of that school of thought. First, I have read, heard and seen some of my former high school mates become pilots, engineers, doctors, architects, IT specialist I mean I have heard and seen them make it. Second, everyone stands a second chance no matter your last achievements, or should I say (D)-isappointment or (E)-mbarrassments or (F)-ailures. I mean we can make a choice. Then I think, Is it his parents doing? Our society? Or simply the choices he has made so far?

Ladies and gentlemen, to be honest, my heart is full of resentment. I felt cheated, as I admired and even respected Mr. MeH, back then. I really was privileged and humbled to have stepped in the same class with such a genius. I mean this people whose names appear in the newspapers got some bragging rights. But fast forward I can’t comprehend what has happened. I wallow in my stupendous thoughts as I try to wrap my mind on the possible cause of this mess. 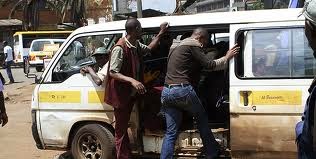 Now, my readers allow me to continue with my metro ride. I mean I have to go run some errands for me to bring back some butter. So disgusting was my ride right. But truly speaking so humbling was this experience. I see it as a call to action. Always, to do my best and make a difference in everyone I come across, even you. As in God has really been faithful. Although I didn't scope the best marks then, I couldn't be more satisfied with what I got. As , could it be me? Mr. MeH, the subject to another writer’s story? Or is it you?

I'm still on the journey. Step by step. Trying to discover what really went wrong. Mr. MeH I haven’t seen him since that encounter. I still have his face engrossed in my eyes. His voice unapologetically squeezing the drums of my ears. But again, will I ever see him again. Was I rushed to conclusion? Am I being unfair? I mean, was I even supposed to notice?